← Light travels faster than sound. That’s why some people appear brighter than they sound.
Forgiveness is not for the weak. Being able to forgive those who have wronged you is a mark of spiritual strength and your hearts heals. → 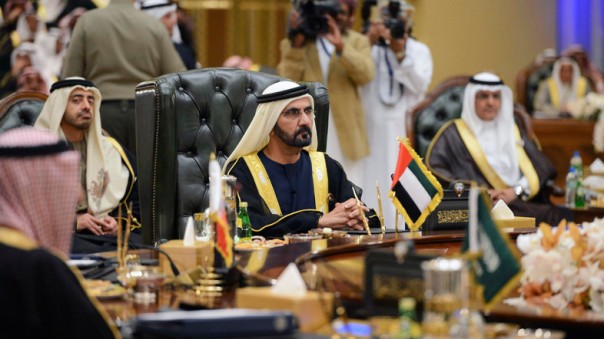 The Gulf Cooperation Council has approved the formation a unified military command structure, announcing the move in a closing statement of a two-day annual Gulf summit held in Kuwait City on Wednesday.

The bloc also agreed on the formation of a unified police force, to protect the six-member council from security threats posed to the region.

Also in the closing statement, the Gulf states condemned Syrian President Bashar al-Assad, saying there would be no place for the leader in a “new Syria” and calling on the withdrawal of all foreign troops from Syria.

The GCC “strongly condemned the continued genocide that Assad’s regime is committing against the Syrian people using heavy and chemical weapons… calling for the withdrawal of all foreign forces from Syria,” the six nations said in the statement.

The monarchies said they “welcome the new orientation by the Iranian leadership towards the Gulf Cooperation Council and hope it will be followed by concrete measures that would positively impact regional peace.”

The summit follows a rare public spat between bloc leader Saudi Arabia and Oman over Riyadh’s proposal to upgrade the GCC into a union — 32 years after its establishment.

Oman stirred controversy earlier this week after voicing its objection to a Gulf Union of six nations, an idea that was previously suggested by regional heavyweight Saudi Arabia.

Riyadh’s idea of upgrading the GCC was first proposed in 2011 and supported by Bahrain. But because of reservations by some members, it was put on hold.

Details on the confederation proposed by the Custodian of the Two Holy Shrines, King Abdullah bin Abdulaziz of Saudi Arabia, in 2011 have not been disclosed.

Kuwait and Qatar have since expressed their backing, but the UAE’s position on the proposal is not known.

Formed in 1981 to hedge against Iranian influence, the GCC soon evolved to focus on economic integration. The six States sit on around 40 percent of proven global crude reserves and around 25 percent of natural gas deposits and have a combined gross domestic product of $1.6 trillion.

On the back of high oil prices, the six nations, with a combined population of 47 million, almost half of them foreigners, have accumulated financial assets worth $2 trillion, expected to grow to $2.4 trillion in 2014.

← Light travels faster than sound. That’s why some people appear brighter than they sound.
Forgiveness is not for the weak. Being able to forgive those who have wronged you is a mark of spiritual strength and your hearts heals. →